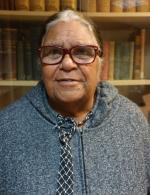 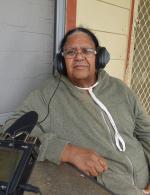 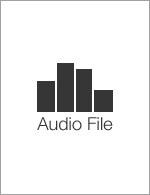 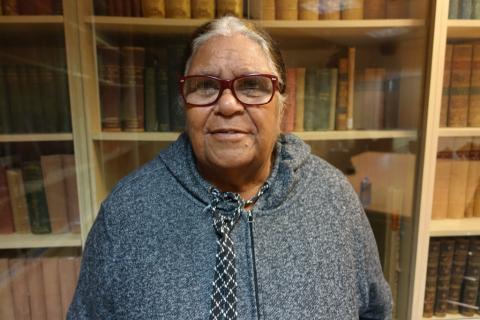 Dawn Smith was interviewed briefly by Louise Darmody in the first November 2017 series however, Dawn agreed with Louise Darmody that she had not fully told her story and that a further interview would add significant information. Dawn talks about being a Ngiyampaa woman and her early years growing up with her family at Murrin Bridge Mission. At 13 she was taken to Sydney by the Aboriginal Protection Board where she worked as a house maid. She returned to Murrin Bridge Mission after a year but did not resume her schooling. Dawn married Roland Smith in Dareton, a town on the border of New South Wales and Victoria and they had eight children. She talks about being an elected member on the Willandra Lakes Region World Heritage Area Aboriginal Advisory Committee and working for many years to bring Mungo Man home.

Dawn speaks about hunting for bush tucker as a young girl with her parents Arthur and Grace, living on the mission and not being allowed to speak their language, the prejudices her grandchildren face at school and discrimination her family experiences. Dawn talks about her feelings about Mungo Man being brought back to Mungo National Park:
“We were happy and sad and it was good to have him back because it’s his resting place with his ancestors”.

This interview was part of a collaboration between Louise Darmody and the State Library of New South Wales. The interviews were conducted by Louise Darmody, journalist, oral historian, producer, and founder of Sound Memories an oral history and documentary-making firm established in 2003.

The full catalogue record is online at http://archival.sl.nsw.gov.au/Details/archive/110616135

Part of this interview has been transcribed and is available on Amplify at:
https://amplify.gov.au/transcripts/Dawn_Smith_interview_20171116 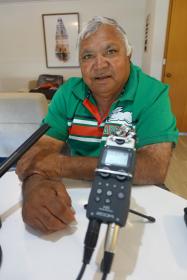 Category:
Mob, Country & Culture
Summary:
Patricia talks about the emotional impact on her of the return of Mungo Man to Mungo National Park, while remembering stories about her family.
Community:
State Library of NSW 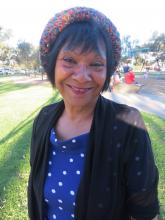 Category:
Mob, Country & Culture
Summary:
Maureen’s speaks about her experience of driving to the National Museum to collect Mungo Man and other ancestral remains before their repatriation in the Mungo National Park.
Community:
State Library of NSW 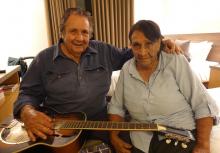 Category:
Mob, Country & Culture
Summary:
In the interview Roy speaks at length about his life and early childhood, meeting his wife Beryl, and the repatriation of Mungo Man.
Community:
State Library of NSW